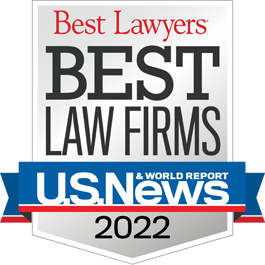 Career and Technical Education (CTE): From Agriculture to STEAM

Today, you are just as likely to find STEM (Science, Technology, Engineering, and Math), STEAM (Science, Technology, Engineering, Arts, and Math), and Computer Science CTE programs that buttress a student’s ability to gain acceptance to and thrive in competitive college programs as you are to find Cosmetology and Plumbing CTE programs that prepare students to enter the workforce immediately following graduation from high school.

CTE finds its origin in the Smith-Hughes National Vocational Education Act of 1917 (the “Act”).  The United States Congress passed the Act to promote education in agriculture, trades/industry, and home economics, and provided federal funds to states to administer the programs at the local level.  Although the law expanded these types of offerings in secondary education and increased enrollment, some say it had the unintended consequences of dividing the student body along socioeconomic lines.  Thus, in an effort to deliver an education to each and every student that met her or his needs and aspirations, the Act may have contributed to the dilution of a founding tenet of public school education and created a tiered approach to education offerings based on one’s background, race/ethnicity, and/or gender.

On the other hand, at the time Congress passed the Act, a plurality of Americans lived a rural lifestyle, and an education stressing Latin and Mathematics could very well have seemed impractical to a significant portion of the country’s overall student body.  Moreover, the Act created a federal governing body devoted to the administration of vocational programs, funded teacher training, and in some cases paid a portion of teacher salaries.

It could be argued that, had education continued on its then-traditional path, school enrollment and matriculation would have decreased in relation.  In addition, the education of our citizenry may have declined, and productivity and economic growth could have suffered.  Perhaps more importantly, the Act contributed to a trend of federal involvement in education, a function typically reserved for states and municipalities.  Over the last 100 years, Congress has passed numerous laws and devoted considerable funds to public school education, sometimes in response to national trends and sometimes in an effort to create trends.  The Act itself has evolved, too.  Just recently, Congress passed the Strengthening Career and Technical Education for the 21st Century Act, a reenactment of the Carl D. Perkins Career and Technical Education Act of 2006 the Act’s successor legislation, which provides over a billion dollars for CTE programs in public schools.  Accordingly, though perhaps imperfect and with unintended consequences, the Act and paved the way for a transition from traditional vocational education contemplated in the early twentieth century to the CTE programs of today.

Matt Plain is a Partner at Barton Gilman focusing his practice on education law, including school governance, administrative law, labor and employment, special education, and contract drafting and disputes. In addition, Matt is currently serving his second term as an elected member of the East Greenwich School Committee. In this capacity, he chairs the district’s policy subcommittee and serves on the negotiating team. Matt also teaches Education Reform and Policy at Roger Williams University School of Education. He is a former public school teacher and holds a Master of Education degree with a concentration in Curriculum and Instruction. Matt has been named a 2019 Best Lawyer in America in Education Law, a New England Super Lawyer Rising Star, and a 40 Under Forty honoree by Providence Business News.